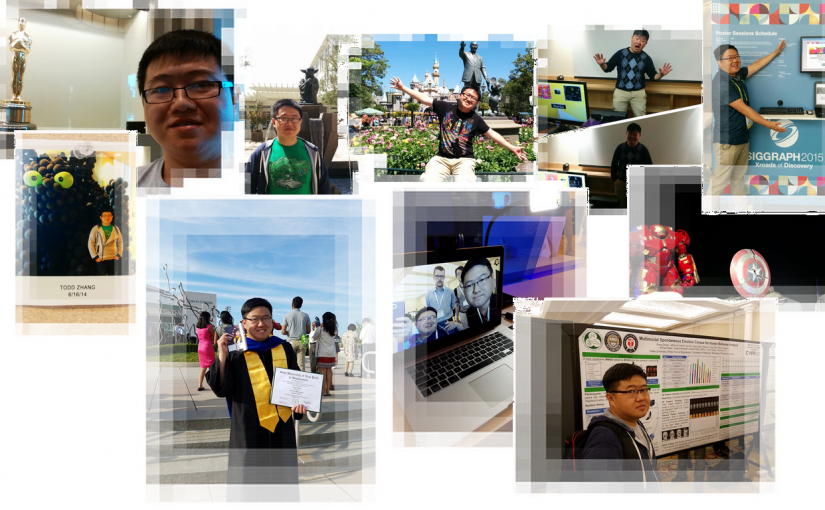 Hello everyone who visit here. My name is Xing Zhang (张幸), since “Xing” is really hard to read I also like people to call me Todd. It is derived from the comic book writer Todd McFarlane. His SPAWN is a really nice comic.

In 2017, I joined Amazon’s search company A9 next to Standford University to work on Amazon’s AR experience. The job goes deep into computer graphics and vision knowledge and I do enjoy to solve the problem for a much large market and user group with a great team who believes in AR. On November 1 2017, our AR experience was published on iOS platform.

In 2016, I proudly released several AR related apps including: MageCards(iOS, Android), MagePrints(iOS). And we start collaboration with the innovative e-commence company ApolloBox to create the first AR enabled, fully functional shopping experience on the mobile platform. The application is available on both iOS, Android, and the futuristic Tango.

At the meantime I also investigated some advanced features for AR interaction, one of them is that how our hands can manipulate with the virtual object. Below is the demo for this pilot test.

In summer of 2015, I started to work with my buddies at Mage Inc. at Silicon Valley. We are trying to catch the train for the next big thing: Augmented Reality (AR). Personally, I try to resolve the technical part on how to detect and track the object (face, hand, body) from videos (RGB/Depth). Then I try to use those detected information to locate the 3D position in the scene so we can play the magic on the real world through the camera stream. To have a more concreted idea, the video below shows one type of AR.

Pretty cool right? During SIGGRAPH 2015, VR/AR have a special village sessions and I saw a lot of cool projects by different companies about real world sensing and how to overlay advanced graphics components on top of it. Design, entertainment, education, etc. are pushed to the next level by VR/AR. And by the way I am also glad to join this event by have a publication in the poster session.

I feel that 2014 – 2015 are a very blessed time in my life. A turning point is that DreamWorks Animation (DWA) offers me a chance to intern at Redwood city during summer of 2014, where I met a lot of graphics artist and engineers who actually become my long term friends during my current start-up life. At DWA, I worked in the Shader team to help writing shader plug-ins for the in-house tools. The three month work is not long but it is definitely one of best time in my life. I do appreciate My supervisor there to give me this chance.

During my Ph.D. study at Binghamton Univeristy, it is my pleasure to work with Dr. Lijun Yin, Dr. Jeff Cohn and other brilliant researchers on the world’s first Spontaneous 3D dynamic facial expression database. We invented a way to efficiently stimulate different spontaneous facial expressions in a conversation between the subject and a professional actor. High-resolution 3D model sequence is captured with all the details. And the sequence is labeled with FACS coding, which is a refined description of facial expressions. Besides that, localizing the facial features and pose information in the 3D mesh is also a important work towards automatic facial expression understanding. I have spend sometime on this part to construct the system that track the entire database in 3D. Below is a demo for a pipeline from 3D depth data to expression detection:

The 6 years research at Binghamton I accomplished 19 international publications, 8 out of them are first-author. The BP4D-Spontaneous database and its continuing expansion are requested by hundreds of universities around the world.

Before I start my magic journey in USA, I finished two undergraduate majors at my hometown: Wuhan, China. First I started my computer science major at Huazhong University of Science and Technology (HUST) in 2004. After two years I heard about a new major on computer animation was opened at Wuhan University. I resisted the minor major course without hesitation. During 2006 to 2008, spending weekdays at HUST and learning animation knowledge at Wuhan University during weekends becomes my normal routine. It was hard to maintain both disciplines’ homework and prepare for studying abroad. It even meant that I need to give up some precious and unique experiences of the college life. But at the moment, I felt that it was what I would like to do.

So why do I pick up this way to try to get into the computer graphics and vision area? There are a lot of external forces pushing me after I started my voyage. Like in a real voyage, storm, pirate, lack of resources, etc. changed my initial plan and I adapted to the change to try to walk towards the goal I planed at the beginning. Because I hope, one day, I can land to the treasure island. I don’t know how the island looks like, but I feel when the day comes I will know.

In 1991, I saw the Terminator 2; in 1993, I saw the Jurassic Park. Computer graphics changes the movie industry since then. They are the beginning of my treasure map.